The U.S. Embassy on Wednesday confirmed that two American women have been hospitalized in Moscow for possible thallium poisoning. 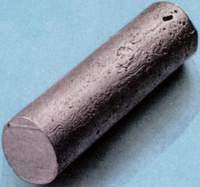 The spokesman identified the women as Marina Kovalevsky and her daughter, Yana, but did not give further details. He said they were hoping to return home soon, but it was not immediately clear when they might be able to do so.

The hospital where they have been treated since falling ill on Feb. 24 said Wednesday morning that they were in moderately serious condition. Moscow's top public health doctor, Nikolai Filatov, was quoted by the RIA-Novosti news agency as saying that thallium poisoning had been confirmed.

Russian news reports said both women are Soviet-born and emigrated to the United States in 1989, and that they have visited Russia repeatedly since then. The reports say they arrived in Moscow in mid-February to attend a wedding.

How they may have ingested the poison - a colorless, tasteless substance that can be fatal in doses of as little as one gram - was not clear.

Russian authorities are investigating when and how the women were exposed to the poison, the spokesman said on condition of anonymity because of embassy rules that prevent him from being identified.

Moscow police declined to comment, but the Ekho Moskvy radio said police were investigating cafes and restaurants in the area of the hotel where the women had been staying.

There was no indication of whether the women had business or political interests in Russia that could have made them a target for poisoning.

Thallium has the reputation as a poison of choice for assassins, the AP says.

It was initially suspected to be the toxin used in last year's fatal poisoning in London of former Russian security agent Alexander Litvinenko, but it was later determined he had ingested the rare radioactive isotope polonium-210.

For poisoning purposes, thallium would be in a powdery or crystallized state. The poison works by knocking out the body's supply of potassium, essential for healthy cells, and attacking the nervous system, the stomach and kidneys. Its effects are not immediately noticeable and frequently take weeks to kick in; symptoms include hair loss and a burning sensation in extremities.

In the past, thallium has been used in rat poison and it continues to be used industrially to manufacture products including glass lenses, semiconductors, dyes and pigments.

Thallium was used by Saddam Hussein, who poisoned several of his Iraqi opponents. It also reportedly was considered by the CIA for use against Fidel Castro, possibly by putting thallium powder in his shoes to prompt loss of his trademark beard.