The district attorney's office will not file charges against 11 police officers involved in the fatal shooting of a toddler during a gunbattle with her father last year, but a civilian panel said two officers who fired early in the standoff violated the department's use-of-force policy. 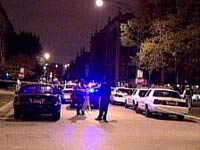 Nineteen-month-old Suzie Pena was being used as a human shield by her father, District Attorney Steve Cooley said in a memo made public Tuesday.

The civilian Police Commission made its separate ruling late Tuesday after holding a hearing to determine whether officers violated Police Department policies during the confrontation at a used car lot run by Suzie's father, Jose Raul Pena.

The two officers, whose names were not released, could face discipline.

The other officers, who were involved in the final exchange of gunfire in which Suzie and her father were killed, followed department rules and should not be punished, the panel determined.

Cooley's memo said a review of the scene and reports gathered by the police department showed the SWAT officers were trying to defend themselves and others when they accidentally killed the child, Cooley said.

The father exchanged gunfire with police during the hours-long July 2005 standoff before he was fatally shot. There were illegal drugs in his system and traces of cocaine in the toddler's system, officials said.

The girl's death raised questions about police tactics and led to an internal investigation of the Los Angeles Police Department and separate FBI and district attorney's office probes.

District attorney investigators concluded SWAT team officers had reason to shoot at Pena after he opened fire on them. One officer was struck by a bullet fired by Pena, reports AP.

"The officers ... entered the office where Pena held Suzie hostage, and in fear for their lives and the lives of others, the officers fired several rounds at Pena," the memo said.

Investigators in the 15-month internal probe were unable to determine which officer fired the shot that killed the girl, Chief William Bratton said Monday.

"That's unfortunate, but that's pretty much where we are with it," Bratton told the Los Angeles Times.

An attorney representing the child's mother has filed a claim against the city as a precursor to a lawsuit.