West Indies captain Brian Lara on Monday expressed hope that next year's limited-overs cricket World Cup will bring new hope for the Caribbean Islands both on and off the field. 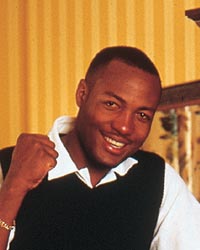 "The World Cup is a watershed moment in our cricket," Lara said of the event to be held in the West Indies from March 13 to April 28.

"Not only for the practical side of it on the field, but financially and administratively, we think the World Cup is going to be the sort of kickstart, something very much needed," Lara said.

The West Indies has twice won the World Cup the inaugural edition in 1975 and 1979 before India surprised it in the final four years later.

"We are looking forward to the World Cup and we are looking to the end result of it," Lara said. "It is going to be very promising for us on the field as well as off it.

"The corporate world in the West Indies is not as great as in India or the subcontinent, but we're depending a lot on the revenues coming out of the World Cup to move us forward."

The West Indies has been struggling in test cricket for the last two years, but has showed a marked improvement in the limited-overs game in 2006.

It defeated India 4-1 at home before qualifying for the finals of a triangular tournament in Malaysia and the Champions Trophy in India. It lost to world champion Australia in both events, reports AP.

The host country has never won the World Cup.