Police have arrested Senegal's honorary consul on charges of running an illegal gambling house that was busted last week in the consulate offices, police and newspaper reports said Wednesday. 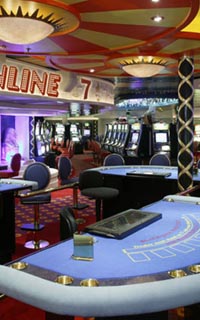 A police statement said a 36-year-old Indonesian man was detained Tuesday "for assisting in the management of a place kept and used as a common gaming hall."

Kusni, who maintained his innocence in an interview with The Straits Times on Monday, faces three years in jail and a fine of up to 50,000 Singapore dollars (US$32,000; Ђ25,000) if convicted.

Honorary consuls are not entitled to diplomatic immunity, reports AP.

The detention follows the bust last Friday of a gambling ring in the offices of the Senegal consulate. Thirty-one people were arrested in the raid, including three local members of the Senegal Trade and Investment Committee.