John Mark Karr returned to California with considerably less attention than when he last arrived in the state as a one-time suspect in the slaying of six-year-old beauty queen JonBenet Ramsey. 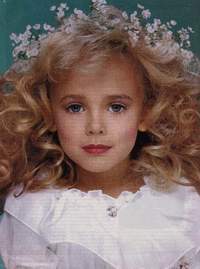 Karr, 41, who faces child pornography charges here, is being held without bail at a jail in Santa Rosa, California, after landing at Oakland International Airport late Tuesday. He is scheduled for arraignment Thursday.

Karr, who had been held in Colorado for several weeks, was released by Boulder County authorities earlier Tuesday. Despite his confessions, authorities found no connection to the JonBenet slaying.

The Sonoma County Sheriff's Department said in a written statement that deputies initially went to pick up Karr on Sept. 7 but abandoned the effort "due to an evolving prospect" that federal charges were possible.

"At this point, we have excluded this option," sheriff's Lt. Dave Edmonds said.

Karr, a schoolteacher, was arrested in Thailand on Aug. 16 after he made phone calls and wrote e-mails in which he claimed to have killed the 6-year-old girl in her Boulder, Colorado, home in December 1996.

But DNA tests failed to connect Karr to the crime, and investigators had no evidence he was even in Boulder at the time of the slaying.

Five misdemeanor counts of child pornography possession have been pending against Karr in Sonoma County, California, since April 2001, when authorities arrested him and seized his computer, alleging that the hard drive contained five sexually oriented images of children.

Karr pleaded not guilty to all counts and was jailed for six months, but he left the U.S. before he could be tried. Prosecutors decided to pursue the charges after Karr surfaced last month as a suspect in the JonBenet killing, the AP reports.

During preliminary hearings in 2001, Karr's public defenders waived his right to a speedy trial as they tried to get a judge to invalidate the search warrant that allowed Sonoma sheriff's deputies to enter Karr's home and seize his computer.

If convicted of the Sonoma child pornography charges, Karr could get a year in prison on each count. Authorities have also said they want to re-examine Karr's computer for more illicit images.