Russian soldier who served in Syria blows up military unit

In Irkutsk, a military court sentenced former contract soldier Alexander Novikov to five years for hooliganism and illegal arms trafficking. Novikov was awarded a medal for his participation in battles in Syria. Upon his return to Russia, he blew up his regiment's headquarters. 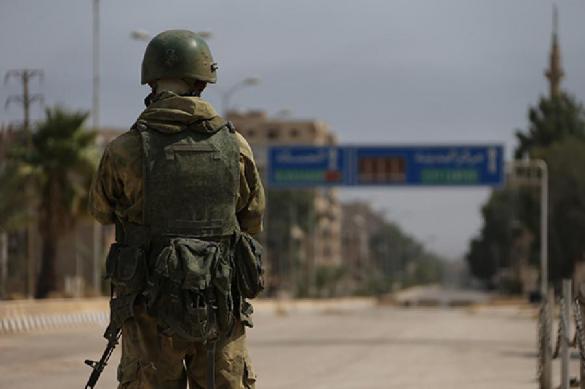 The man was undergoing contractual service in a separate mixed aviation regiment. On May 24, 2018, while staying on duty in the canteen, he found there a canvas bag with an explosive device with TNT and hexogen. The explosive was equivalent to 1.3 kilograms of TNT. On May 25, at about 3:00 a.m., Novikov took the bomb to the regiment building, put it on the porch, set fire to the fuse and ran away.

The explosion caused serious damage to the building. An assistant duty officer suffered multiple injuries, including in the area of his head, neck and arms.

On May 27, Alexander Novikov made a full confession and said that he took the bomb package for a training one and wanted to play a joke. Later, he explained his actions by his desire to draw the attention of the long-range aviation command to the problems of the unit. It was not specified what kind of problems the man was talking about.

Shortly before the trial, Novikov refused to confess and stated that he had incriminated himself under pressure from FSB officers who allegedly wanted to put him to trial for terrorism.