Three nuclear units of four have been disconnected at the Kalinin Nuclear Power Plant (NPP) in the Tver Region in Central Russia. 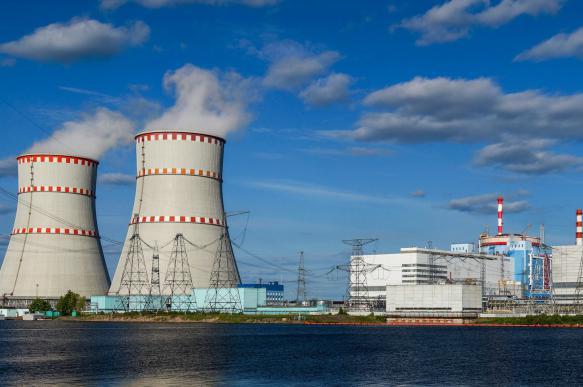 "Due to the disconnection of one of current transformers on the 750-kilovolt open switchgear, the electric power line was disconnected. As a result, the first, the second and the fourth nuclear units of the Kalinin NPP were shut down," a source at Russia's EMERCOM said.

Originally, it was reported that only two of the four nuclear power units were disconnected. The public information center of the NPP said that the radiation background was normal. No damage was caused to the equipment at the station.

Earlier, news agencies reported that nuclear power units N1 and N2 at the Kalinin Nuclear Power Plant were shut down automatically due to a short circuit. EMERCOM later confirmed the information.

Representatives of the Kalinin NPP also said that the nuclear units were to be switched on before July 19, after specialists find out the reasons of the incident.

The Duty Dispatch Service of the town of Udomlya said that the fourth power unit was disconnected due to the rupture of the condenser seal of turbine No. 2.

The Kalinin Nuclear Power Plant, built in 1984, is located in the north of the Tver region, 125 km from the city of Tver, on the southern side of Lake Udomlya. The NPP is 330 km far from Moscow and 400 km far from St. Petersburg. The station, which consists of four power units, provides electricity to Tver, St. Petersburg, Moscow, Vladimir, Cherepovets. the station also transits high voltage electricity.