The Air Force of Pakistan shot down two fighters of the Indian Air Force, which, according to Islamabad, violated Pakistani airspace. The official spokesman for the Armed Forces of Pakistan, Major General Asif Ghafur, said that the pilot of one of the Indian aircraft was captured. 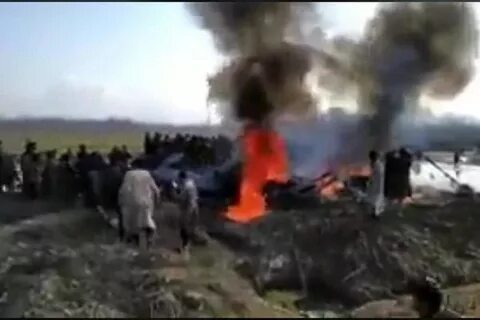 One of the aircraft fell on the territory of Azad Jammu and Kashmir (which is an unrecognized state, controlled by Pakistan, on the disputed part of Kashmir), while the other plane crashed on the Indian side of Kashmir. Pakistani troops arrested one Indian pilot on the ground.

Earlier on February 27, the Pakistan Foreign Ministry issued a statement, in which it was indicated that the Air Force of the Islamic Republic had flown beyond the line of demarcation, during which Pakistani fighters performed a demonstration missile attack on non-military targets far from populated areas.

The incident occurred after Indian aircraft struck the largest militant camp of the Army of Muhammad group in the area of the city of Balakot in Pakistan.

According to New Delhi, 12 Mirage-2000 airplanes of the Indian Air Force dropped high-precision laser-guided bombs on the camp and completely destroyed it, having killed up to 300 militants.

The Jaish-e-Muhammad or the Army of Muhammad group claimed responsibility for the attack on a military convoy in India, in which 45 people were killed in Jammu and Kashmir on February 14.