An explosion of household gas occurred in a nine-storeyed apartment building in the city of Shakhty, the Rostov region of Russia. The blast destroyed two storeys of the building, several people are believed to have been killed. 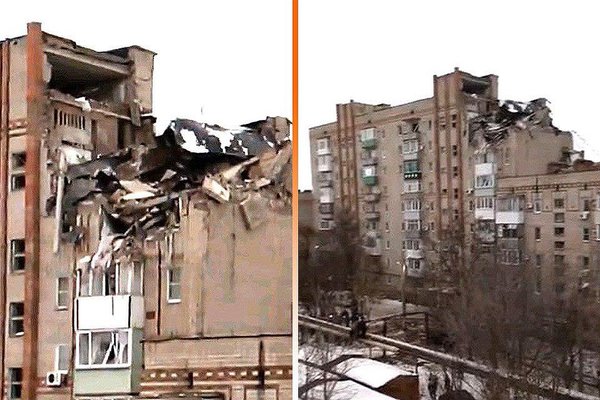 Eight people, a woman and her two-year-old child among them, have been rescued from under the rubble. Another woman was killed. As many as 140 people have been evacuated from the building, in which there are 72 apartments in total.

Rescuers are searching for possible survivors. The fate of four people, including one child, remains unknown.

The head of the region, Governor Vasily Golubev, told reporters that the tragedy occurred as a result of household gas explosion. According to Golubev, a tenant could smell gas in one of the apartments, but had no time to report the leak to emergency services.

The building, in which the explosion occurred, was built in 1993. The city of Shakhty is located in the western part of the Rostov region, 66 kilometres to the north of the city of Rostov-on-Don. Shakhty is the third largest city in the region with a population of more than 235,000 people.