Boeing 737 MAX 8  passenger aircraft of Lion Air Indonesian airline crashed a few minutes after take off from Jakarta airport. The airliner crashed into the sea in the area off the western coast of Java. There were 189 people on board. The crash left no survivors. 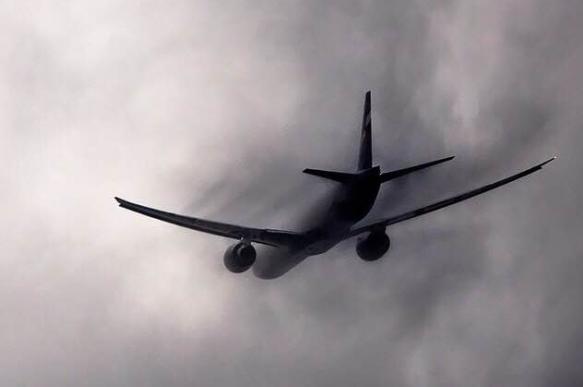 The aircraft, Flight JT 610, was flying from Jakarta to the city of Pankalpinang (the administrative center of the province of Bangka-Belitung) on the island of Banka. The jetliner disappeared from radar screens about 13 minutes after takeoff.

Search and rescue teams have discovered the site of the crash. A representative of the National Disaster Management Council of Indonesia, Sutopo Purwo Nugroho, posted on his Twitter a video made on the crash site. The video clearly shows the oily stain, which was left on the water surface as a result of the crash.

According to Nugroho, the wreckage of the aircraft and some personal belongings of passengers were also found.

Among the passengers, there were 20 employees of the Ministry of Finance of Indonesia. There were no reports about Russian tourists on board the crashed aircraft.

According to Flightradar 24, Flight JT 610 was a new generation Boeing 737 MAX 8 aircraft with registration number PK-LQP. The liner, designed for 210 people, made its first flight on July 30, 2018, and was transferred to Lion Air on August 15.

The cause of the crash has not been established yet. According to the authorities, immediately after takeoff, the pilots of the aircraft asked permission  to return to the airport and received a positive response from flight control officers. However, the connection with the aircraft was lost soon afterwards. The flight experience of the crew commander was 6,000 hours.

Lion Air is the largest private airline in Indonesia. It was founded in 1999. The aircraft fleet consists of 115 aircraft, including new Boeing 737 MAX 8 airliners. The destination network of the airline has more than 120 routes. Lion Air operates domestic flights, as well as a number of international flights in Southeast Asia, Australia and in the Middle East. Due to safety problems, the airplanes of the aircraft were not allowed to fly to EU countries before 2016.

In 2013, Lion Air's Flight 904 crashed into water short of runway when landing at Bali Ngurah Rai International Airport (Denpasar). All 108 people on board survived. In 2004, Flight 538 liner from Jakarta crashed while landing in the Indonesian city of Solo City, killing 25 people. In 2011 and 2012, several pilots of the airliner showed the content of methamphetamines in their blood samples.

The Boeing 737 MAX is the fourth generation of medium-haul Boeing 737 aircraft. The aircraft was designed to replace Boeing 737 Next Generation family. The first 737 MAX was supplied in May 2017.

Indonesia air crash: No survivors left
Author`s name: Editorial Team
World
Expert: the platform on which the US stands will be destroyed in three months