An engineer attacked and tried to kill a welder at Russia's Bellingshausen polar station in Antarctica. 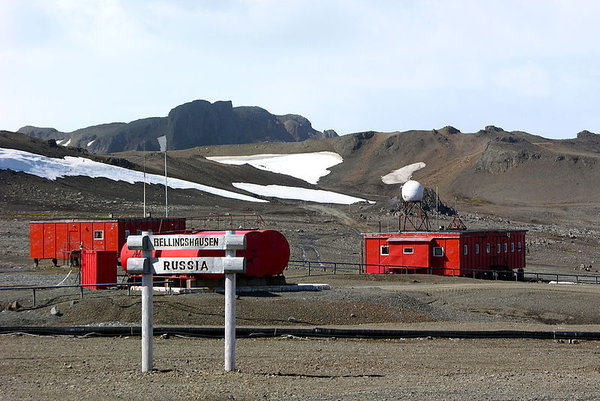 The engineer, named as Sergei Savitsky, an employee of the Arctic and Antarctic Institute, stabbed the welder, Oleg Beloguzov, in the chest on October 9 in the dining room.

The welder was taken from King George Island, where the Bellingshausen station is located, to a hospital in Chile - this country is the closest one to the station.

The engineer was sent to St. Petersburg, where he was arrested at the airport. Savitsky was charged with attempted murder. On October 22, the man was put under house arrest.

The motives of the attack were not specified

Twelve people remain at the station, Alexander Klepikov, the chief of the Russian Antarctic Expedition said.

It was reported that the conflict between the men could spark due to the aggravation of the situation under conditions of living in confined space for a long time. The people had been living at the station for more than six months, and the relations between them could go wrong.

Russia's Bellingshausen station is considered almost like a "resort" among polar explorers. Temperatures rarely go down below zero - they drop to as low as -6 degrees Centigrade in the coldest month of the year. Transport to Bellingshausen runs all the year round, unlike at other stations located closer to the South Pole. Some polar explorers have to spend more than six months in confined space because of the polar winter.