The head of the Embassy of Saudi Arabia in Istanbul did not return to Turkey. 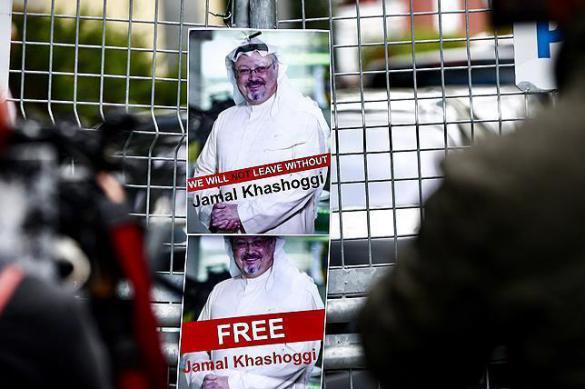 Consul General of Saudi Arabia in Istanbul, Mohammed Ibrahim al-Uteibi, did not board the plane on Thursday to return to his place of work, news agencies report.

Sevilay Yylman, an observer for Turkish television channel HaberTurk, received information about the departure of the Saudi Consul General on Tuesday. The journalist said that she had information proving that al-Uteibi had return tickets for October 18. The plane of the diplomat was supposed to depart from Saudi Arabia at 15:00 local time, but the Consul General did not board the plane.

The head of the Saudi consulate in Istanbul left Turkey on October 16, having taken a regular flight from Ataturk International Airport at 17:00. The same day, representatives of the Turkish investigation team were supposed to search his residence as part of operations to clarify circumstances of the disappearance of Saudi journalist Jamal Khashoggi. The search was conducted only in the evening of October 17.

Journalist Jamal Khoshaggi went missing on October 2 after he entered the building of the Consulate Office of Saudi Arabia to receive divorce papers. According to Turkish media outlets, the journalist was tortured and then killed in the embassy building. Riyadh denies such accusations.

According to audio recordings studied by employees of a pro-governmental Turkish publication, Khoshaggi was tortured brutally: his fingers were cut off during interrogation and then he was beheaded. It was also reported that his body was dismembered and taken out of the building in a diplomatic van. Afterwards, the journalist's body was supposedly dissolved in a highly toxic acid.