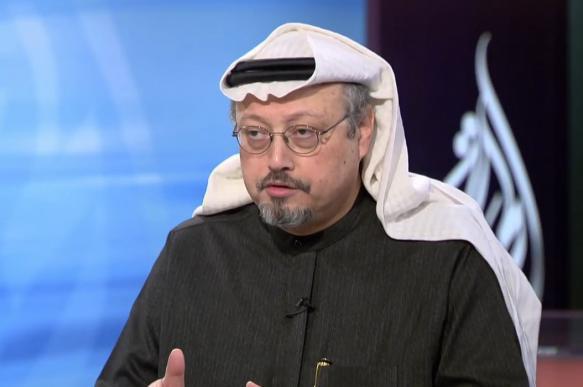 At the same time, the Saudi consulate in Istanbul published a statement, in which Saudi Arabia  strongly rejected its involvement in the alleged crime. The Consul General of Saudi Arabia in Turkey said in an interview with Reuters that Saudi Arabia, like the Turkish side, was determined to find out the reasons for the disappearance of the journalist. The diplomat added that the information about the abduction and murder of the opposition journalist was an untrue insinuation.

It is worthy of note that Khashoggi is a contributor to The Washington Post. He has been critical of Saudi Crown Prince Mohammed bin Salman.

On October 2, Jamal Khashoggi entered the building of the Consulate Office of Saudi Arabia in Istanbul in order to file his divorce documents to be able to conclude a second marriage, the journalist's fiancee said, who remained waiting outside. The man entered the building, and the woman did not see him again. After several hours of waiting, the woman called the police.

Sources at Turkish security services said that while Khashoggi was at the consulate, a group of 15 people arrived there too - those people had earlier arrived from Riyadh. They later left the territory of Turkey, Anadolu news agency said.

Jamal Khashoggi is not only a journalist, but also a dissident, a public figure, known not only in his own country, but also abroad. He is an active participant of the opposition movement that criticises the policies of the Saudi authorities. During the recent year, Khashoggi was living in the United States over concerns for his safety. In Washington, he had an opportunity to continue his opposition activities, and Khashoggi became a contributor to The Washington Post.

Jamal Khashoggi was a frequent visitor to political programs on Arab television. He had interviewed the founder of al-Qaida, Osama bin Laden. Until recently, Khashoggi was an adviser to Prince Turki al-Faisal, the former head of Saudi intelligence and ambassador to the United States and Great Britain. The United States will therefore join the investigation.