Terrorists don’t go to Syria – they stay in Russia

Supporters of international terrorists no longer look for opportunities to travel abroad to take part in hostilities. Their leaders order them to stay on the territory of the Russian Federation, Andrei Kokourov, a senior representative for the National Anti-Terrorist Committee said. 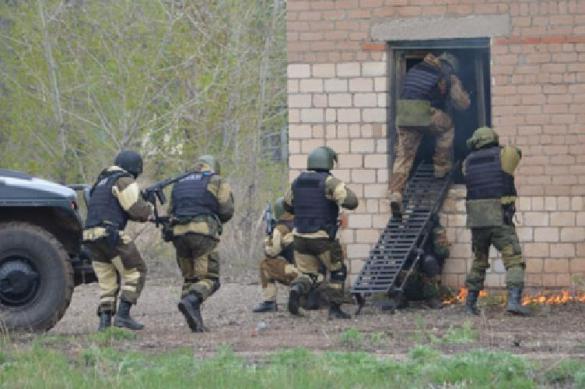 "The leaders of international terrorist organizations order their supporters not to travel outside the Russian Federation - either to Syria or to other countries - but to stay in places of their residence where they can create cells and prepare terrorist acts," the official said during the forum for counteraction to the ideology of terrorism in the educational sphere.

Special services also note the trend, in which people radicalize themselves at their own will and start showing interest in radical ideologies without external influence.

In 2017, Kokourov said, Russian special services prevented as many as 61 terrorist crimes and 18 terrorist acts as they were being prepared. At the same time, the level of the terrorist threat in the Russian Federation has been decreasing steadily, he added.

The struggle against terrorism is entering a new stage. Today, even children can pose a threat as terrorists. Underage individuals committed terrorist attacks in the town of Shali, Chechnya, on August 20, 2018. Two young people wielding knives tried to enter the territory of the Interior Ministry in Shali, wounded two policemen and were killed. After that, in the village of Mesker-Yurt, an unknown person exploded himself near the police post, was wounded and later died at hospital. On a highway to Chechnya's capital Grozny, the driver of a Mercedes vehicle attempted to run over a law enforcement officer and then knocked down two traffic police officers trying to get away from the chase. The assailant and his accomplice were killed.

All those attackers were underage individuals: the oldest of them was 16, while the youngest was 11 years old. The Islamic State terrorist organization (banned in Russia) claimed responsibility for those attacks and later published a video showing a group of teenagers swearing an oath to the terrorist group.