Woman sets herself on fire near US Embassy in Beijing 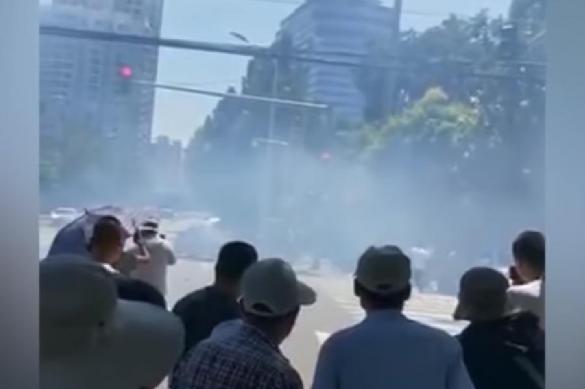 A woman splashed petrol onto herself and tried to set herself on fire in front of the US Embassy in Beijing, China. The woman was arrested. Her condition remains unknown.

Earlier, it was reported that there was an explosion near the building of the US Embassy in Beijing. Eyewitnesses said that they heard an explosion and then saw pillars of thick smoke rising into the sky. A police car parked nearby was damaged.

According to other reports, an unidentified man tried to throw a bomb over the fence of the US Embassy, but the bomb exploded before he could do it. Nothing was reported about the condition of the alleged suicide bomber.

Presently, the road near the US Embassy was blocked, the area is enveloped in smoke, the police are investigating the accident.