Tragedy on the Volga River: Birthday party ends with 11 drowning

The bodies of all eleven victims of the collision of a tourist catamaran and a barge on the Volga River in the city of Volgograd were identified. The owner of the catamaran, who is considered to be the culprit of the tragedy, was one of the victims of the accident. 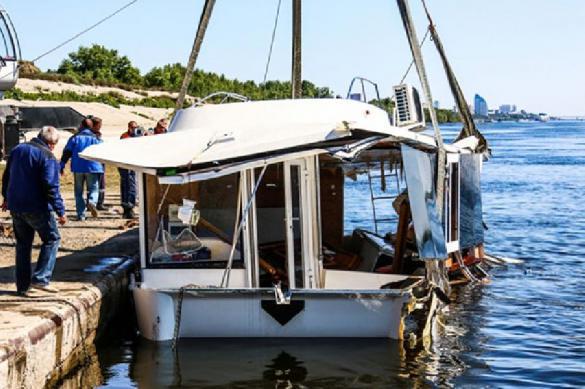 Forensic experts discovered earlier that the owner of the catamaran, who was navigating the vessel and was killed during the collision, was drunk. His blood sample showed a concentration of 2.17 ppm, which corresponds to an average degree of alcoholic intoxication.

The owner of the catamaran was identified as ex-deputy of the Volgograd City Duma, Dmitry Khakhalev. Allegedly, the culprit of the tragedy had had convictions on five articles of the Criminal Code of the Russian Federation.

According to media reports, law enforcement officers and their families rented a catamaran boat to  celebrate a birthday party of traffic police major Vitaliy Negrash, who turned 43 on June 10. As a result of the accident, Negrash himself, his wife Elena and their 17-year-old daughter, as well as employee of the State Traffic Inspectorate Alexander Alifashkin and his wife were killed.

The collision of the Yelan-12 tourist catamaran and a barge took place about 250 meters from the river bank in the area of Voroshilovsky cargo port of the city of Volgograd. As a result of the accident, even people were killed. Five passengers were rescued, three of them were hospitalised.

The catamaran with 17 people on board did not have either necessary documentation or identification lights. The drunk man, who was in charge of the vessel, ignored both light and sound warning signals from the barge. The rescued individuals managed to get out of the catamaran themselves. They were staying inside and managed to get out of the boat by breaking windows.