A Moscow court chose a preventive punishment for Igor Podporin, who attacked and damaged world-famous painting by Ilya Repin "Ivan the Terrible and his son Ivan" (also known as "Ivan the Terrible killing his son") at the Tretyakov Gallery in Moscow. 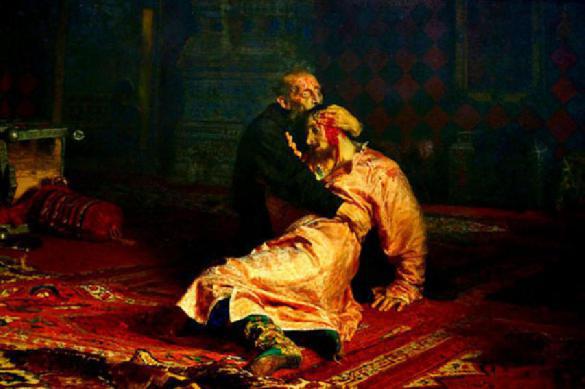 It is worthy of note that Repin's painting was not insured.

The accused will remain in custody until July 26. He faces up to six years in prison, as well as a fine of up to six million rubles.

The defense requested home arrest for Podporin, since he pleaded guilty and stated that he was not going to hide from the investigation. However, the prosecutor's arguments proved more convincing.

It was also reported that Podporin was brought to justice for hooliganism when he lived in Uzbekistan.

On Friday, May 25,  at 8:55 p.m. shortly before the Tretyakov Gallery was going to close, Podporin broke into the already empty hall, grabbed a metal railing and struck Ilya Repin's glazed painting "Ivan the Terrible and his son Ivan" several times leaving deep scratches on the canvas. The man was detained, a criminal case was brought against him. The perpetrator said that he caused damage to the painting because the historical facts displayed on it were wrongful.

The painting was seriously damaged. The canvas was torn in three places in the central part on the figure of the prince. Pieces of broken glass also damaged the antique art frame. The most valuable part of the picture - images of the faces and hands of the Tsar and the Tsarevich - remained intact.

According to rough estimates, the first stage of restoration works may cost up to ten million rubles.

Over a hundred years ago, a vandal attacked the same painting too. In 1913, icon painter and Old Believer Abram Balashov struck the canvas with a knife three times.