The Netherlands and Australia issued an official statement, in which they accused Russia of involvement in the crash of the Malaysian Boeing over the Donbass in July 2014. The two countries informed Russia about their position. 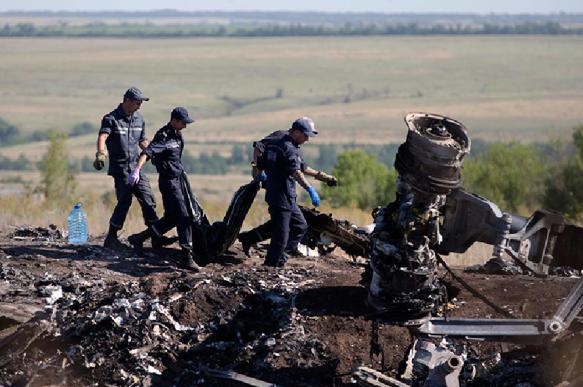 On May 24, the international Joint Investigating Team (JIT) announced the findings of the investigation, according to which the Buk missile system, from which the aircraft was allegedly shot down, belonged to the 53rd air defence brigade of the Russian Armed Forces based in Kursk. According to JIT, the Buk system arrived in Ukraine from Russia, and experts studied the route that the SAM had traveled from Russia to the Donbass.

The JIT findings point to Russia's direct involvement in the disaster, Dutch Foreign Minister Stef Blok said.
Earlier, commenting on new information on the progress of the criminal investigation, the Dutch Foreign Minister said that he was impressed with the collected evidence and was extremely grateful for the work that Dutch prosecutors, police and JIT partners had done.

Based on the conclusions of the JIT, the Netherlands and Australia are now convinced that Russia is responsible for deploying the Buk anti-aircraft system which attacked the passenger airliner. The Government of the Netherlands is taking the next step, officially calling Russia responsible for the air crash, the statement in the document said.

The two countries addressed Russia with a request to enter into negotiations aimed at finding a solution related to the search for the perpetrators. Afterwards, the matter is likely to be submitted to an international court for a final decision.

Holding Russia responsible for her involvement in the crash of the passenger aircraft over the Donbass on the basis of international law is a separate process that shall not be connected with the criminal investigation and the trial into the persons guilty of the plane crash, the statement adds.