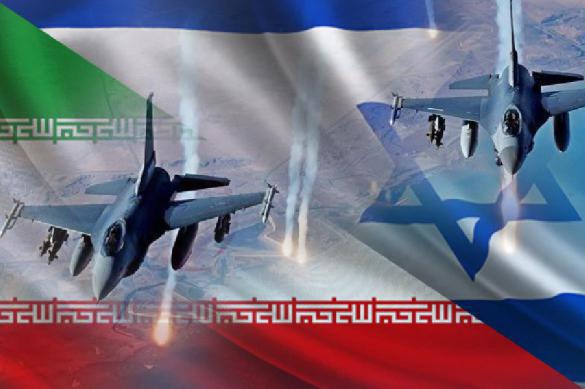 As a result of the Israeli missile attack, several people were injured among the Syrians and the Iranians. Israel attacked the missile launchers that were supposedly involved in the attacks of Israeli positions and ammunition depots.

Israeli officials said that the air force of the country did not suffer any losses during the attack, and all Israeli aircraft returned to the airfields. Israel also notified Russia of the attack in advance.

Israel also targeted military facilities and radar stations in the Syrian provinces of Quneitra and Homs.

Representatives of the Israeli army said that the Israeli Air Force was attacking the Iranian positions in Syria, and any attempt that Syria would take to respond to those actions would come across a tough reaction on the part of Israel.

On May 10, representatives of the Israeli army said that the positions of its army on Golan Hiehgts were attacked. The military of the Jewish state accused Iran's Al-Quds forces of the attack (the forces are deployed on the territory of Syria). Thus, Israel views the shelling of Iranian positions in Syria as an act of self-defence.

Experts note that Israel's most recent attack on Syria was the most massive one since the signing of the Agreement on the separation of troops of the two countries in 1974.

It is worthy of note that Iran accuses Saudi Arabia, with which Tehran has no diplomatic relations either, of "supporting the Zionist regime and terrorism."