A Ka-29 military helicopter crashed into the Baltic Sea. Two people on board the helicopter are believed to have been killed in the crash. The body of one of them has already been recovered. 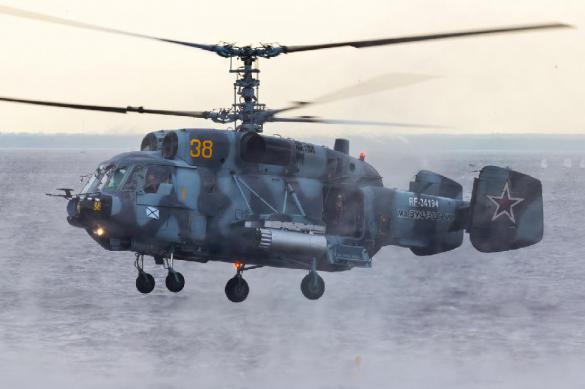 The victims were said to be test pilots. The accident occurred during night test flights.

The helicopter was found 12 kilometres off the coast of the Baltic Sea. Fragments of the helicopter and an oil stain on the water were found.

The Ka-29 crashed as the pilots were testing their skills to land the helicopter on the deck of a ship. Four landings went well, but the fifth one failed. The reasons for the crash remain unknown.

The Russian Baltic Fleet is currently conducing naval exercises in the Baltic Sea.

Ka-29, an upgrade of Ka-27, is a deck-based transport-combat helicopter. The helicopter was developed by Kamov Design Bureau in the early 1980s. The helicopter is designed to solve problems of anti-submarine defence.