Russian-made Il-76 crashed in Algeria killing about 200, mostly military men. The Ilyushin-76 aircraft crashed 30 km from the capital of the African country. Causes of the crash are yet to be established. 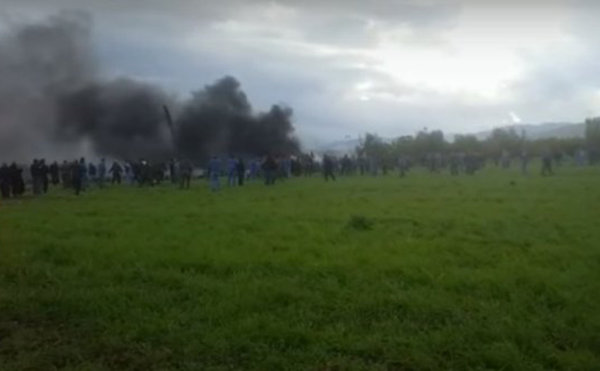 The Il-76 transport aircraft of the Algerian Aifr Force crashed near the city of Bufarik, about 30 km from the country's capital, Al Arabiya news agency reported. There were about 200 people aboard the aircraft, mostly military men.

The Il-76 transport plane was carrying soldiers of the Algerian army. According to AtlasTimes, the aircraft was supposed to deliver about 200 soldiers from Bufarik to the city of Beshar in the west of Algeria, but crashed after take-off.

According to preliminary data, at least 105 people were killed in the crash, including 26 members of Front Polisario, an organisation fighting for the independence of Western Sahara from Morocco.

According to Algerian news portal Al-Hadat, the crash left no survivors.

The press service of the Russian embassy to Algiers told RBC that there were no Russian nationals on board the crashed aircraft, because it was a domestic flight of the Algerian Armed Forces.