Cocaine scandal between Russia and Argentina gathers like a snowball

Russian Ambassador to Argentina Victor Koronelli revealed a few details about the joint special operation conducted by Russian and Argentine special services to suppress supplies of a large batch of cocaine to Russia. 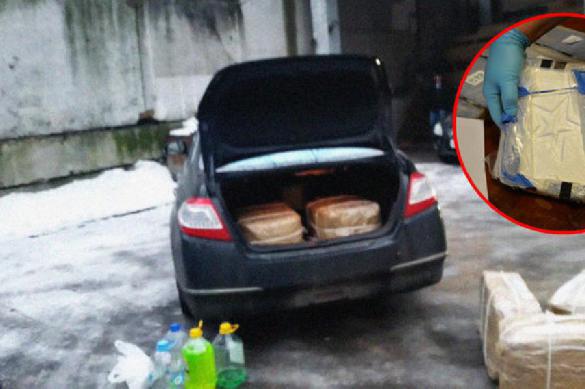 Coronelli said that 12 suitcases filled with drugs were found in one of the rooms. The Federal Security Service of Russia and the Ministry of Security and the National Gendarmerie of Argentina were involved in the operation to detain perpetrators.

The "cocaine scandal" sparked on February 22, when Argentina's Security Minister Patricia Bullrich reported the finding of 389 kilos of drugs on the territory of the Russian Embassy in Buenos Aires.

It was said that the criminal group consisted of at least six people under the leadership of entrepreneur Andrei Kovalchuk. The entrepreneur, who resides in Germany, is engaged in alcohol, caviar, coffee and cigar sales.

Reportedly, two of his accomplices - Ali Abyanov and Ivan Bliznyuk - helped him hide the drugs at school. As part of the special operation, two Russian citizens came to pick up the suitcases in Moscow - both of them were detained red-handed.

On February 22, the Argentine police released a photo of the airplane, in which the suitcases were loaded. The suitcases, as the criminals believed, were containing almost 400 kg of cocaine. In fact, before sending those suitcases to Russia, law enforcement officers replaced cocaine with flour and sent the cargo to Moscow to find out who would come to collect the suitcases.

One of the photographs shows the side number of the airplane - 96023. The airliner with the same number is ascribed to "Special Flight Detachment "Russia" of the Department of Presidential Affairs of the Russian Federation. This detachment specialises in the transportation of top officials of the state.

On Tuesday, February 27, law enforcement agencies of Argentina exposed more evidence to confirm that the criminals were loading the drugs on board the IL-96 of Special Flight Detachment "Russia" of the Department for Presidential Affairs.