The gunner, who attacked parishioners of an Orthodox church in the town of Kizlyar, Dagestan, was identified as 22-year-old resident of the village of Kidero, Khalil Khalilov, RBC reports. 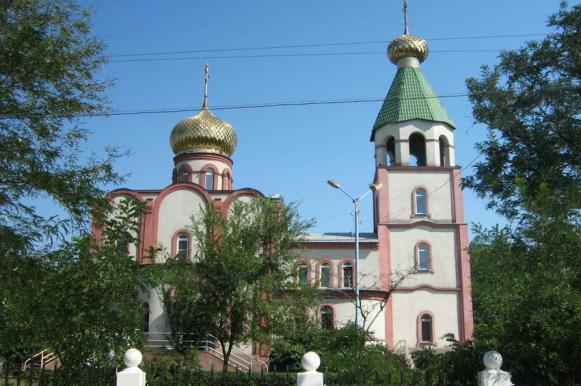 Last year, Khalilov joined the Islamic State* terrorist organisation (banned in Russia) and became a member of the so-called sleeping cell of the organisation, a source said. "The shooting occurred on the day of a Christian holiday. Special services search the house of Khalilov's parents in the village of Kidero, operatives look into Khalilov's connections," law-enforcement officials said. It was also reported that Khalilov was not included in the database of special services as a member of illegal armed groups.

Khalilov opened fire on parishioners on Sunday, February 18, at 16:15 near the church of St. George on Sovetskaya Street in Kizlyar. Four women were killed on the scene, three others were wounded. They were hospitalised in serious condition, one of the wounded died at hospital.

The gunner wounded two law-enforcers - a police officer and a Russian Guards officer - when they were attempting to neutralise and arrest him.

The shooting occurred after the church service in honour of Shrove Sunday. "Today, at about 4 p.m., we finished the service, and people began to go out. An unknown bearded man was approaching the church running and shouting "Allahu Akbar!" He mortally wounded four women, injuring three others, as well as two police officers. When we heard the gunshots, we quickly closed the doors so that he could not go inside. He had a gun and a knife," Father Pavel told RBC.

Patriarch Kirill of Moscow and All Russia said that the crime in Kizlyar was a provocation against the peaceful coexistence of representatives of different religions in the Caucasus. The Patriarch added that the goal of the attacker was to cause confrontation between Orthodox and Muslim believers who have lived in peace in the Caucasus for centuries.

*Islamic State, or ISIS, ISIL, is a terrorist organisation banned in Russia