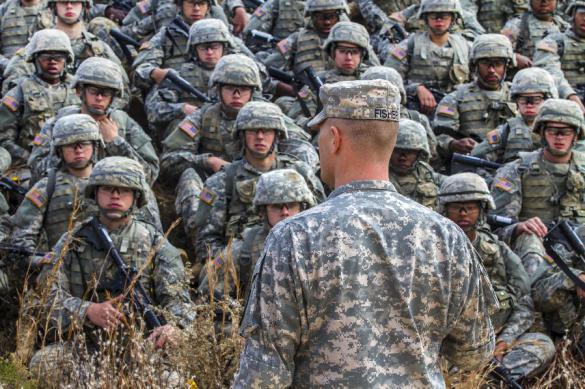 "As part of the activities to support Daesh terrorist organisation (an alternative and derogatory name for the IS, the United States continues evacuating its leaders from the province of Deir ez-Zor," the agency said.

It was reported that several American helicopters landed near the Al-Basel dam in the south of the Hasakah province.

Earlier, the head of the General Staff of the Russian Armed Forces Valery Gerasimov stated that there was a terrorist training camp on the territory of the US base of Et-Tanf in southern Syria.

According to him, this is evidenced by the data of space reconnaissance, whereas the people who receive training there are "actually the IS." "After training, they take on different names, such as the  New Syrian Army and others," Gerasimov said, adding that their goal is to destabilise the situation in the region.

*IS is a terrorist organisation banned in Russia

Author`s name Editorial Team
syria
Medvedev: Ukraine as a state to be devastated, go bankrupt and be turned into colony