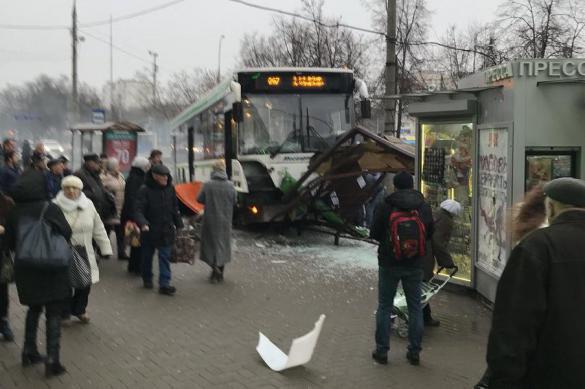 A commuter bus crashed into a bus stop in the north-west of Moscow on December 29, three people were hurt, no one was killed. At first, it was reported that two people were killed in the accident, but paramedics managed to reanimate the injured.

According to police officers, the accident occurred when the bus driver tried to avoid collision with another vehicle, but he failed to steer the bus.

Eyewitnesses said that the driver was applying the brakes, when the bus crashed into the bus stop, and the speed of the bus was not large.