Shooting at Menshevik confectionary in Moscow: Armed businessman kills one

Moscow law-enforcement agencies are investigating circumstances of the shooting that took place in the south of the city, on the territory of the Menshevik confectionery. Upon preliminary information, the former director of the factory opened fire from a rifle on guards and passersby, killing one and wounding three. 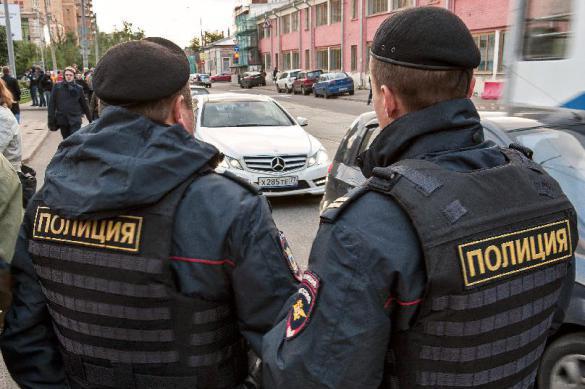 Law-enforcers contacted the attacker over the phone. The former director of the confectionary, Ilya Averyanov, said that he had barricaded himself on the territory of the factory as a result of a forcible takeover of the company by criminal gangs from the Caucasus.

Averyanov also said that the factory had been taken away from him illegally. "I have eight children, I've been fighting for four years, but they falsify documents and snatch away everything," the former director of the factory said.

According to Averyanov, he came to work in the morning of December 27, when armed raiders tried to attack him. "I have a standard weapon, I resorted to self-defence, I shot one, killing him, unfortunately. If I stay alive, I'll fight to the very end. Now they have surrounded me, the special forces surrounded me. Now I will either shoot or surrender,"Averyanov concluded.

A little time later, it was reported that Averyanov took several people hostage on the territory of the company.

It has been confirmed that the shooter killed one man - 31-year-old security guard, who tried to stop the armed attacker. He does not let EMERCOM workers approach the wounded. He also opened fire on passers-by from the window.

Menshevik factory produces cocoa, chocolate and confectionery products. The company has a multimillion-dollar debt to several creditors who are trying to collect debts through the court.