The driver of the bus that crashed into the underground passage near Slavyansky Boulevard metro station in Moscow said that it was the first time when he was driving the bus. It is also possible that the driver lost control of the bus because of a bottle of water that could roll under a pedal, officials said. 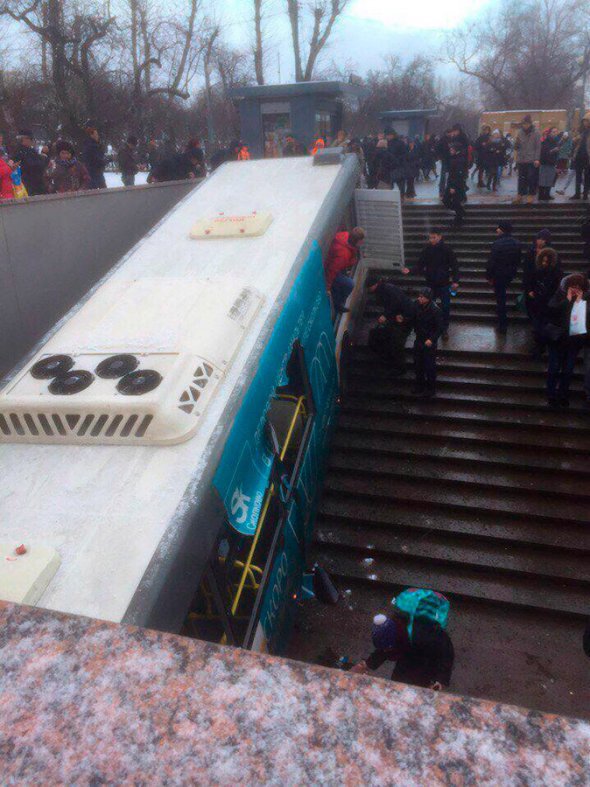 Investigators will check the driver's testimony, including his words about the failure of the brakes. In particular, the driver said that the bus, while staying on a bus stop, "suddenly started moving uncontrollably." The driver tried to stop the bus, but the brakes did not work.

"When I released the hand-brake, the bus drove off. I was trying to do everything to stop it, but the bus would not stop. There's the automatic gearbox in the bus so I could not do more than that," the driver said.

Representatives of Mostransavto (Moscow Auto Transport) said that the bus was only one year old - it was made in 2017. The machine was in total order before the working day began. The 58-year-old driver has 30 years of experience - he has been working for the company since 2000. The road surface on the site of the accident was clean and even.

The Moscow authorities will check the technical condition of all buses of all city routes.

A LiAZ bus No. 818, route "Skolkovo -  Slavyansky Boulevard Metro Station" suddenly swerved onto the pedestrian area and crashed into the underground passage, where people were walking up and down the stairs.

As a result of the accident, four people were killed, nine were hospitalised. Several people remain in critical, but stable condition. No one was hurt among the bus passengers.