The leadership of the DPRK (North Korea) will consider the possible naval blockade of the country, which Washington currently discusses, as an act of war. In response, North Korea threatens to take "ruthless retaliatory measures," a statement from the Ministry of Foreign Affairs of the DPRK said. 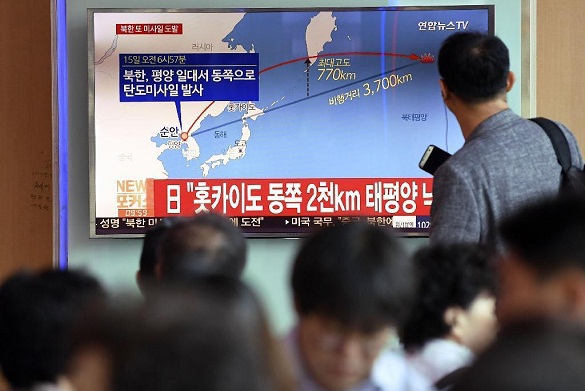 "If the United States and its allies arrange the naval blockade of Korea, then, as we have warned many times before, we will regard this as an act of war against us and we will take merciless retaliatory measures of self-defense," the statement from the department said.

"The naval blockade is a gross violation of the sovereignty of an independent state, and an absolutely unacceptable belligerent aggressive act," Pyongyang added.

On Friday, December 15, the UN Security Council will gather for a meeting in New York to tighten sanctions against the DPRK. It is expected that UN Security Council members will also discuss a possibility of the naval blockade of the hermit kingdom in connection with the continuation of Pyongyang's nuclear missile program.

North Korean officials say that US President Donald Trump is making "an extremely dangerous and big step towards a nuclear war" when he insists on the introduction of the blockade against Pyongyang.

In late November, North Korea announced a successful test of the intercontinental ballistic missile Hwasong-15. The military of the DPRK launched the missile in the direction of the Sea of Japan from a province adjacent to Pyongyang. The missile fell within the exclusive economic zone of Japan. It is believed that Hwasong-15 may reach any area in the United States.

After the missile test on November 29, officials with the US State Department stated that Washington was considering measures to internationally intercept suspicious North Korean vessels and introduce the naval blockade of the DPRK.