Retired colonel-general Nikolai Tkachev said that conclusions about his involvement in the crash of Flight MH17 of Malaysia Airlines over the Donbass in July 2014 were absurd. 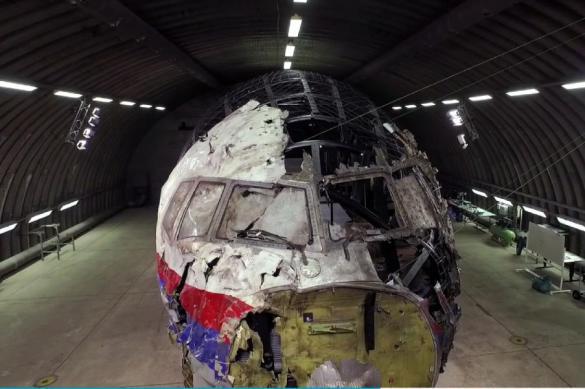 Commenting on the investigation of Bellingcat group and The Insider, Tkachev said: "This is obvious stupidity and nonsense. I have lived in Yekaterinburg for many years, I work in the field of  military patriotic education of children. I am in constant contact with public organisations, I participate in various public events and always remain within the line of sight of mass media outlets. I have nothing more to add to this."

Bellingcat experts and journalists of The Insider publication have revealed the results of their another "investigation," which claims that retired colonel-general Nikolai Tkachev allegedly appears as the key figure in the case of the crash of Flight MH17, which was shot down in the sky over the Donetsk region.

A year ago, Bellingcat unveiled its own investigation into the catastrophe of the Malaysian Boeing in the Donbass in July 2014 without presenting even one single reliable fact in the report.

After the publication of the 115-page report, it became obvious that Elliott Higgins did not have any specific evidence to substantiate his assumptions. The very introduction to the report said that there was no direct evidence of whether it was Russian military or Ukrainian separatists, who used the Bus missile system. However, given the complexity of the Buk-M1 complex, Bellingcat experts assumed that the Russian military delivered the Buk system to separatists and provided them with instructors. The report also said that a column of an anti-aircraft missile brigade was allegedly transporting Buk-M1 complexes in Russia two days after the disaster adding that despite the "significance" of this event the fact of the convoy could not prove its connection with the disaster.