An L-410 passenger plane crashed in the Khabarovsk region, the Far East of Russia, on Wednesday, November 15, killing six people. The crash left only one survivor - a four-year-old girl. 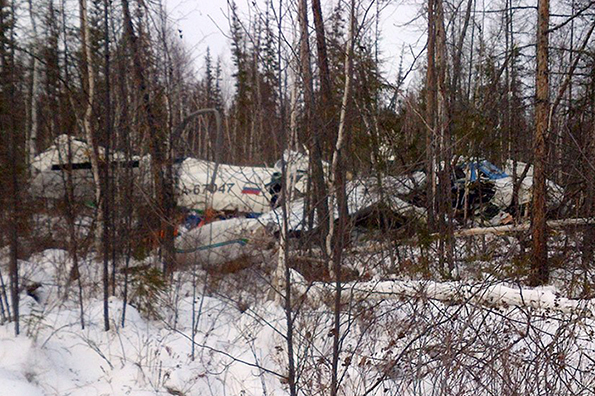 The plane crashed when landing. There were two crew members and five passengers on board. All those killed in the crash were residents of the village of Nelkan. Only a four-year-old girl survived the crash. She was hospitalized in serious condition, officials said. The aircraft was seriously damaged in the crash and can not be repaired.

The crash occurred about 5-7 km from the runway. According to rescuers, the plane performed a hard landing after it failed to reach the runway. "The fuselage was destroyed, but there was no fire or explosion," officials said.

At the same time, representatives for the Khabarovsk Meteorological Center said weather conditions near Nelkan were favorable for piloting. "The cyclone was in the north of Sakhalin, and the weather in Nelkan was good. It was cold, 25 degrees below zero Centigrade, but the weather was clear," Galina Bryntseva, the head of the department of long-term forecasts said, Interfax reports.

The L-410 aircraft of Czech production belonged to Khabarovsk Airlines, a regional state unitary enterprise specializing in regional transportation in the Khabarovsk Region.

Let L-410 Turbolet (L-410) is a multipurpose twin-engine aircraft for local airlines. The aircraft can be used for unprepared ground, grass, snow areas, as well as on airfields with short runways.