One of world's most luxurious hotels being looted in Turkey 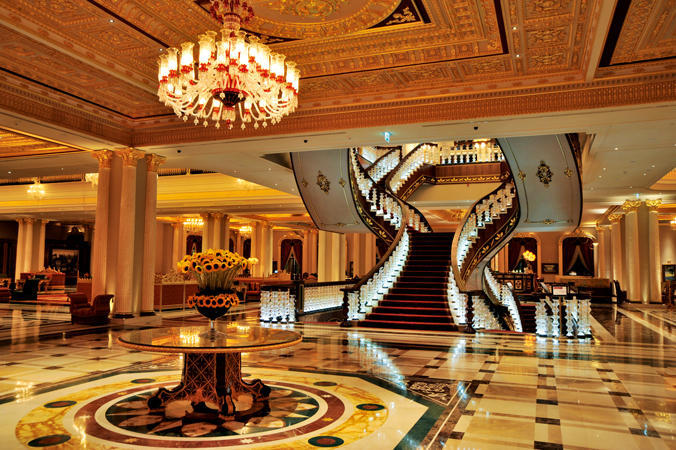 Ismailov built the "seven-star" hotel for 1.4 billion dollars. The opening ceremony was attended by President of Kazakhstan Nursultan Nazarbayev, as well as Hollywood celebrities Richard Gere, Sharon Stone, Monica Bellucci and others.

In autumn, the hotel was cut off from electricity for the non-payment of debts. The staff left the building, and the alarm was turned off. Thieves started breaking into the hotel at night; they have managed to steal at least seven sections of a gilded fence and garden decor items.

After Ismailov came to the attention of Russian law-enforcement authorities, he had to sell a part of his assets. Mardan Palace Hotel was sold to Turkish bank Halkbank for about $130 million. The Cherkizovsky Market in Moscow was closed.

It was reported earlier that in connection with the suspicion of organising two murders, a Moscow court issued a sanction to the absentee arrest of entrepreneur Telman Ismailov.

Islamilov was charged with the organisation of a double murder in May 2016 on the Novorizhskoye Highway in the Moscow region: Vladimir Savkin, the owner of shopping complexes, and the founder of Lublino Motors, Yuri Brilev.