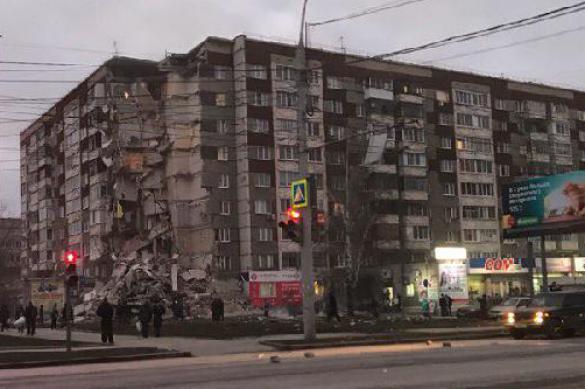 A nine-storeyed apartment building collapsed partially in the city of Izhevsk. An explosion of natural gas in one of the apartments caused a part of the building to collapse.

According to most recent information, at least three people were killed, but the death toll is expected to rise as there may be other victims buried under the rubble.

The explosion demolished 32 apartments. There was a children's educational center on the ground floor of the building. For the time being, it remains unknown whether there were any people inside the center at the moment when the explosion occurred.

russia accident
16:26
Russian nuclear submarines already on duty off US coasts
15:24
Russia sends 20 warships to the Black Sea to contain NATO
14:13
Russia deploys Su-35 fighter jets, paratroopers and S-400 systems in Belarus
21:35
World War Three: What Russia can do to bury Ukraine and herself
19:00
Liz Truss, the epitome of Lite Western diplomacy
16:23
Russia to decide on the deployment of nuclear arms in Venezuela this week
16:01
Russia launches operational readiness check at southern military units
14:34
Russia and China hold joint naval exercises in Arabian Sea
12:17
Woman dives into ice-cold water to die before the eyes of her family
19:38
Russia unexpectedly scrambles Tu-95 strategic bomber aircraft
Health
Four mutants of the coronavirus