Rescuers of the EMERCOM of Russia did not find any bodies inside the sunken Mi-8 helicopter that crashed into the sea off the coast of Svalbard (Spitsbergen) on October 26. 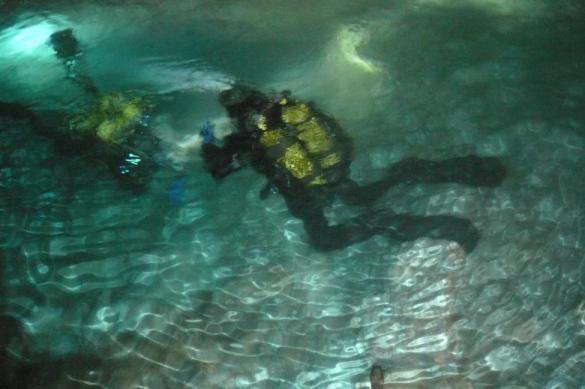 It took a group of specialists several hours to video the hull of the Mi-8 helicopter on Wednesday night. A robotic underwater device filmed the helicopter both on the inside and on the outside, but there were no bodies found, officials said.

On October 26, a Russian Mi-8 helicopter with a crew of three and five passengers on board crashed into the sea off the coast of Svalbard (Spitsbergen).

The incident occurred about three kilometers far from the Russian mining settlement of Barentsburg.

According to the Norwegian rescue service, the Russian helicopter did not send any signals about its emergency situation - it simply disappeared from the radar.