Yemeni military men  launched a ballistic missile in the direction of Saudi Arabia. Reportedly, it was a medium-range Kahir-2 missile. 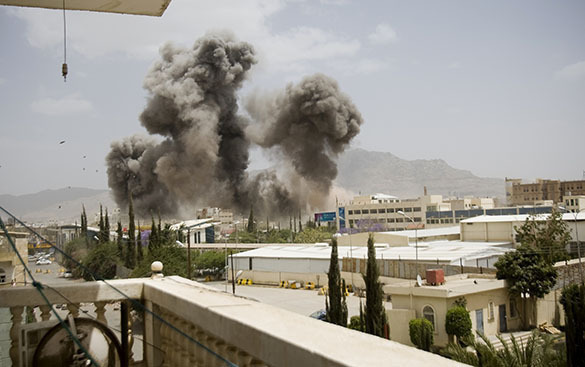 The missile fell in the area of Jizan in the south-west of the country, Press TV reported without giving any further details of the incident.

On August 23, Saudi coalition aircraft struck a hotel in Arhab to the north of the capital of Yemen - Sana'a. More than 30 people were killed and dozens were injured in the airstrike.

The armed conflict in Yemen started in August of 2014 between Houthi insurgents from the Shiite movement of Ansar Alla, a part of the army loyal to former President Ali Abdullah Saleh, and government troops and the militia loyal to President Abd Rabbou Mansour Hadi.