North Korean leader Kim Jong-un stated that the economy of the Democratic People's Republic of Korea started growing because of the right choice of the North Korean administration of the parallel development of the national economy. 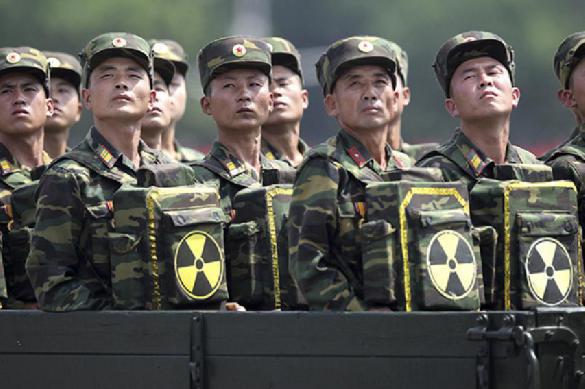 Kim Jong-un said at the meeting of the Central Committee of the Workers' Party of Korea that the party was going on the right way of parallel development of economic construction and the construction of nuclear forces and while vigorously moving along the path of socialism of Juche.

At the same time, US sanctions could not hinder the development of the national economy, the head of the DPRK said.

Kim Jong-un added that nuclear weapons allow "peoples to enjoy a happy life under the blue sky, because nuclear weapons disperse nuclear storms of violence." It is nuclear weapons, he said, that act as a deterrent factor to ensure peace in the countries of Northeast Asia. They will help the DPRK build a socialist economic power, Kim Jong-un concluded.

The course for the parallel development of economic, nuclear and missile programs was announced at the Congress of the Korean Workers' Party in May 2016.