A large brawl with the participation of more than a hundred migrants occurred on Tikhoretsky Boulevard in Moscow. Reportedly, the migrants came to Moskva Trade Centre after a security guard of the centre had beaten their compatriot. Most of the migrants left the scene of the conflict after the police arrived, but up to 50 of them were detained. 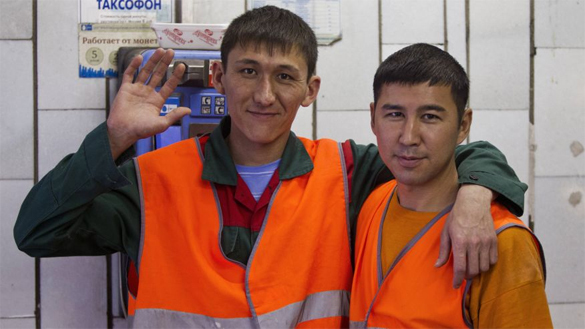 According to Interfax, the conflict sparked after an employee of a private security company had beaten a citizen of Tajikistan. It remains unknown why the Tajik man was beaten - it was only reported that the migrant was hospitalised.

In the evening, a crowd of migrants came to beat security guards of the Moskva Trade Centre. "An attempt was made to organise a mass brawl near Moskva Trade Centre. The attempt was prevented.  The reason for the conflict was the fact that employees of the security service of the trade centre had beaten a loader, a labor migrant. In the evening, about 50 people, also guest workers, came to the shopping centre with an intent to attack security guards of the shopping centre," law-enforcement officials said.

A total of about 150 people, natives of Tajikistan, came to the building. About 30 of them were detained. "The detainees, together with the employee of the private security company, who had beaten the Tajik citizen, were taken to the police department. Most likely, they will face charges of administrative violations," the source added.