Hurricane Maria, raging in the Atlantic, has increased its power to the highest fifth category on Saffir-Simpson scale, the US National Hurricane Center said. The hurricane is expected to hit Caribbean Sea islands first, where residents have been warned about inevitable dangerous consequences of the looming disaster. It is worthy of note that meteorologists considered Maria a fourth category hurricane just a few hours ago. 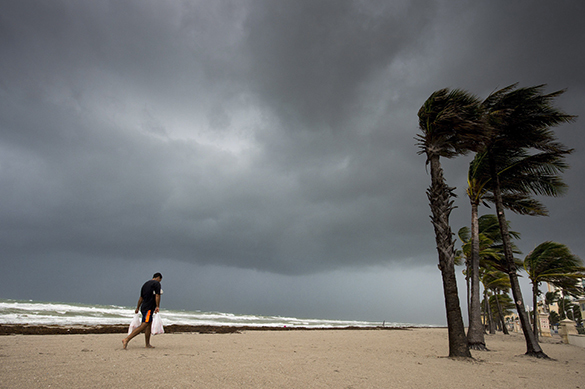 The maximum wind speed of Hurricane Maria is about 260 kilometers per hour (160 miles per hour) or about 70 meters per second. NHC representatives believe that Maria may become even more powerful.

According to meteorologists, Maria will batter northeast Caribbean islands in the next few hours. A higher level of danger has been declared in Guadeloupe, Dominica, Saint Kitts, Nevis, Montserrat.

On Tuesday, Maria will reach the Virgin Islands and the US-controlled island of Puerto Rico that has recently experienced the destructive power of Hurricane Irma. Puerto Rican authorities have already introduced a state of emergency and announced evacuation of citizens.

On the island of Martinique, a purple level of meteorological alert was announced, which designates inevitable appearance of an extremely dangerous situation. The population of Martinique was called to look for shelter immediately.

The hurricane season in the Atlantic usually lasts for six months - from June 1 to November 30. The previous hurricane - Irma - raged in the Caribbean about a week ago. According to most recent reports, Irma has killed at least 22 people in the region and destroyed more than 90 percent of constructions on some of the islands before moving to the East Coast of the United States.