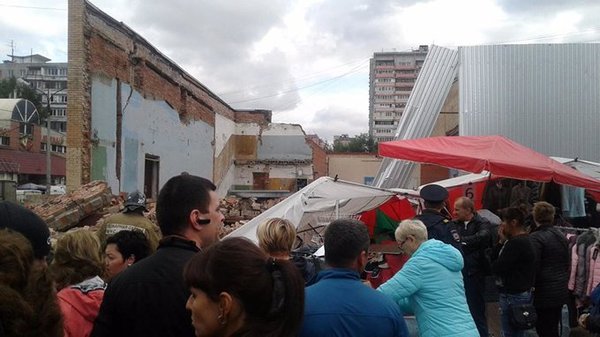 Three people, including a child, were injured as a result of the collapse of the cinema in the town of Balashikha near Moscow. The incident occurred on September 8 at about 11 a.m.

Paramedics and EMERCOM arrived at the site of the incident immediately. Ten people were injured, three of whom were hospitalised. Another seven people turned to specialists for psychological help.

It was said that the cinema was abandoned. The brickwork collapsed onto the bazaar near the walls of the building.

"A wall of the abandoned cinema "Soyuz" in Fadeyev Street collapsed, the brickwork fell directly onto the rows of shopping stalls near the building. The building was under repairs, no one was killed," officials said.