Bus with workers crashes into sea in southern Russia, killing 18 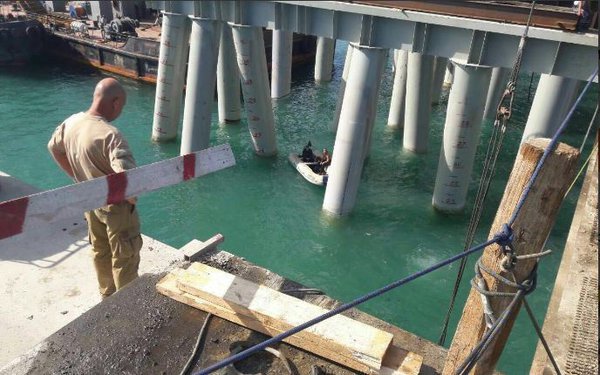 Fourteen people were killed when a passenger bus crashed into the sea in Russia's South. The tragedy took place in the morning of August 25.

The service bus of Tamanneftegaz oil and gas company in the Krasnodar region was taking workers home when it drove off a pier and crashed into the sea. The workers were building a pier for the company on the coast of the Black Sea.

There were 35 people on board, but only eight of them were rescued. The bus has been retrieved from the sea floor. The accident occurred near the pier in the Kerch Strait.

UPDATE: The death toll from the accident has climbed to 18. The bus driver is said to be alive. He has been hospitalized with bone fractures of his legs.