A video of the man swearing an oath to the Islamic State terrorist organization (banned in Russia) has appeared on the Internet. The man in the video is believed to be the attacker, who massacred people on a central street in the city of Surgut, injuring seven, two of them seriously. 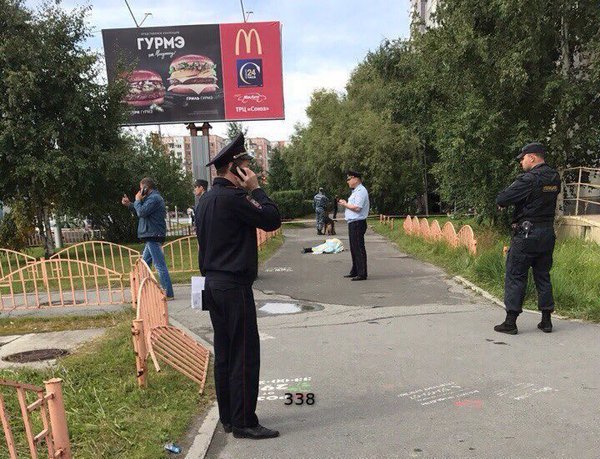 As reported by SITE Intelligence Group that monitors activities of terrorists, the man in the video is named as Masaud al-Surguti. In the video, he calls for violent actions.

The assailant conducted the attack in Surgut on August 19. An unknown man wielding a knife started stabbing passers-by in the center of the city. The man was wearing a suicide bomb belt that proved to be fake. The police shot the attacker dead after he injured seven people.

Officials with the Ministry of Internal Affairs said that they did not consider the version of the terrorist act as the main one. However, the Islamic State terrorist organization (banned in Russia) claimed responsibility for the incident.

Representatives for the Investigative Committee of the Russian Federation said that the criminal case in connection with the incident was filed under "Attempted murder," rather than "Terrorism" article of the Russian Penal Code. At the same time, city authorities urged residents to remain calm. Observers note, though, that the lack of information generated a lot of rumors.

It is worthy of note that large shopping centers located close to the site of the attack in Surgut have been closed, whereas police take active measures to inspect vehicles in the city. Such measures are usually taken in case of a serious threat to public security.