Saboteur Gennady Lemeshko, who was detained in the Crimea, said that he arrived in the Crimea on instructions from the Security Service of Ukraine (SBU) with a purpose to organise terrorist attacks on power transmission lines and conduct subservience activities on car roads by causing rocks to collapse on them. 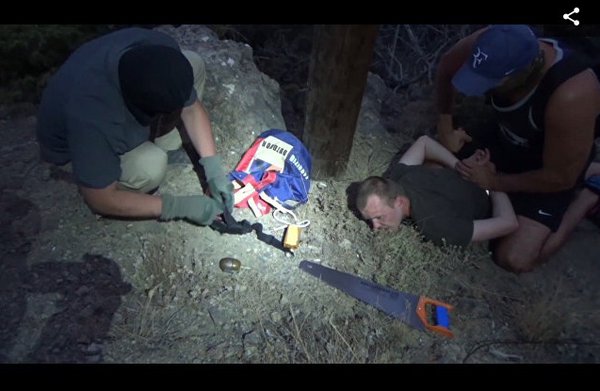 He was also instructed to arrange fires in forest areas. The man was supposed to conduct those acts in resort towns of Sudak, Noviy Svet, Alushta and Village of Rybachye. These settlements are known as most popular destinations for the holiday season.

When interrogated, Lemeshko said that his activities were supervised by the Mariupol and Kherson divisions of the Security Service of Ukraine, where he received an amount of 5,000 hryvnas. In addition, a little more than a month ago, he had several meetings with an SBU officer in the Kherson region, during which Lemeshko received latest instructions.