'Knockout game' comes to Ukraine, where man knocks out young woman and jogs away

The police of the town of Pervomaisk, the Nikolaev region of Ukraine, are looking for a man who attacked a young woman on the street. The attacker punched the victim in the face when passing her by. As a result of the attack, the woman lost consciousness and collapsed onto the sidewalk. A CCTV video of the incident was uploaded on the Internet. 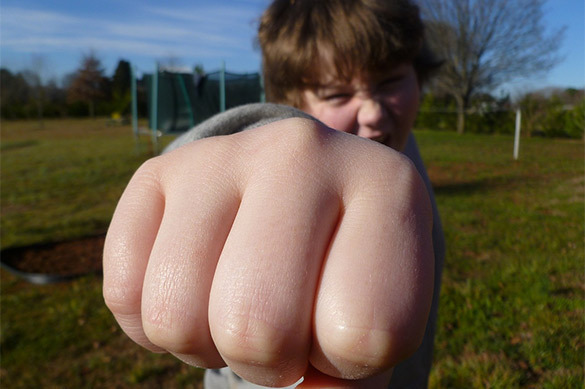 The 30-second video shows two women walking on a sidewalk while a man is heading towards them. As soon as the man approached the women, he punched one of them in the face, knocking her out immediately and then jogging away.

The victim was lying on the sidewalk for about ten seconds with little or no movement before her companion and a man, who came out of the building, came to her aid. The woman was subsequently diagnosed with a brain injury.

According to the victim, she was going to pick her child from the kindergarten, when the attack occurred.