May storm in Moscow: 11 killed. Video

Eleven people were killed in Moscow on May 29 as a result of the strong storm, Interfax reports. 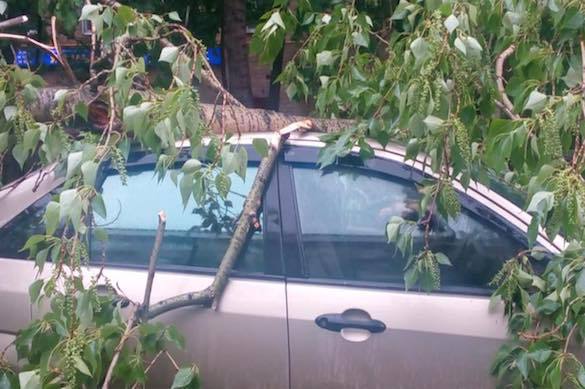 Earlier, news agencies reported about the death of eight people. One was killed on Kirovogradskaya Street, one person - on Jawaharlal Nehru Square, another one - on the Andreevskaya Embankment. In addition, two people were killed on Kedrov Street and another one - near "University" metro station. Two people were killed when a booth collapsed on them on the Andreevskaya Embankment.

A young woman was killed when a tree collapsed on her near a pavilion of the Moscow Exhibition Centre.

The press service of the Moscow EMERCOM had issues proper warnings about heavy rain, thunderstorms, hail, and gusts of wind of 17-22 meters per second.