Ukrainian smugglers detained on Russian border after chase and fire

Ukrainian smugglers have been detained in the Rostov region. Border guards have terminated a deal worth 1 million roubles after chasing and firing. 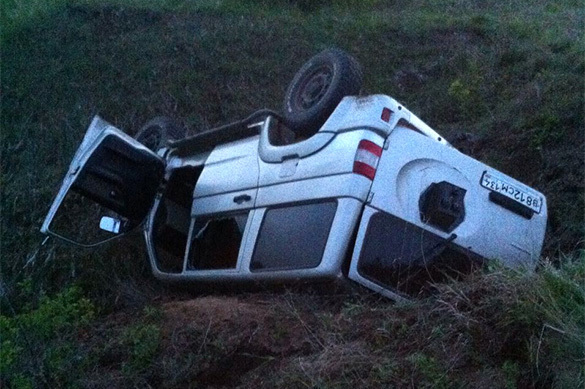 The Ukrainians whisked goods across the border and tried to force their way into the Russian territory by two cars - the UAZ Patriot and VAZ-2109. Smugglers were maneuvering in a dangerous way. That is why border guards had to apply weapons after warning shots. The detained were not injured. While one of the criminals' cars bowled over in course of the chase.

As Pravda.Ru reported before, a Ukrainian was detained in Crimea by border patrol, as he was trying to take out more than 20,000 dollars packed in socks.

The 43-year-old resident of Kiev should have declared money after selling a house in Crimea, but decided to save them. As a result he was deprived of both money and his car.