A large truck rammed into a crowd of people in the centre of Stockholm on April 7. At least three people were killed, many others were wounded. 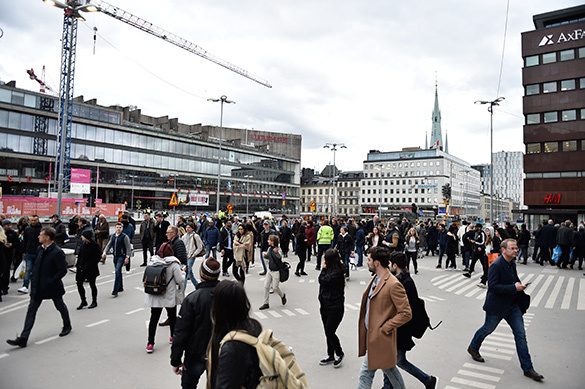 The truck drove into a group of people on a pedestrian street. According to eyewitnesses, there were hundreds of people on the site where the incident occurred.

It was reported that the Central Railway Station of Stockholm was evacuated.

According to unconfirmed reports, gunfire was heard near Friedhemplan metro station, a few kilometres from Drottninggatan Street, where the incident with the truck occurred.

The Swedish police arrested a suspect, who is believe to be the driver of the truck that rammed into a crowd of people near Ahlens Mall on Stockholm's main pedestrian street Drottninggatan.

The Russian embassy in Sweden is trying to establish whether there were Russian citizens among the injured. 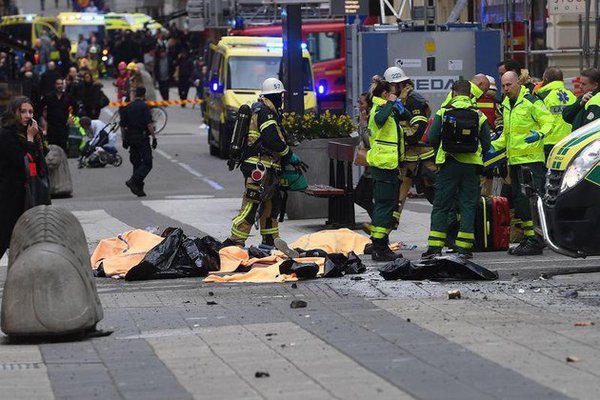 It became known that the truck was hijacked this morning from Spendrups brewing company while the driver was unloading products.

The prime minister of Sweden said that the attack on people in the centre of Stockholm was a terrorist act.

The Stockholm subway system was closed. All trains heading to and from Stockholm were stopped after the terrorist attack in Sweden.