Helicopter with Russian citizens on board crashes in Istanbul, five killed

A Sikorsky S-76 helicopter crashed in Istanbul, Turkey. The helicopter with eight people on board (two pilots and five passengers) struck a television mast in foggy air. Four of the passengers were Russian citizens. 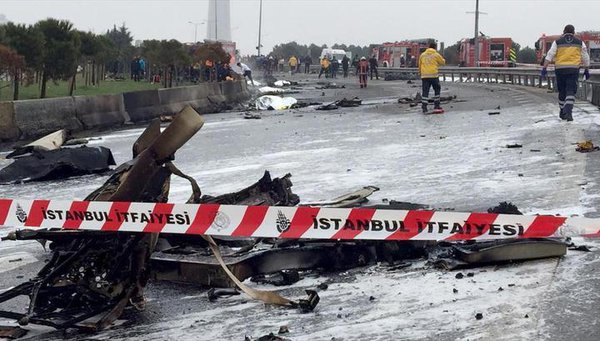 According to Turkish NTV television channel and the Daily Sabah publication, the helicopter belonged to Turkish construction group Eczacıbaşı. The passengers on board were company executives and their foreign guests.

According to The Associated Press, at least five people were killed in the crash.

The tragedy took place at 11.20 Moscow time, about five minutes after takeoff. Most likely, the helicopter struck a defunct television mast.

"I saw five bodies on the site of the crash. It was not a fire helicopter, as it was previously reported - it was a private helicopter," the head of the municipality of Büyükçekme, Hassan Akgun said.

The Russian Embassy in Turkey has already started working with the police, doctors and rescuers of Istanbul.