Kaliningrad's Khrabrovo airport resumed its work after a day of downtime due to a hard landing of an Aeroflot aircraft. The administration of the airport could not tow away the damaged aircraft for 24 hours. 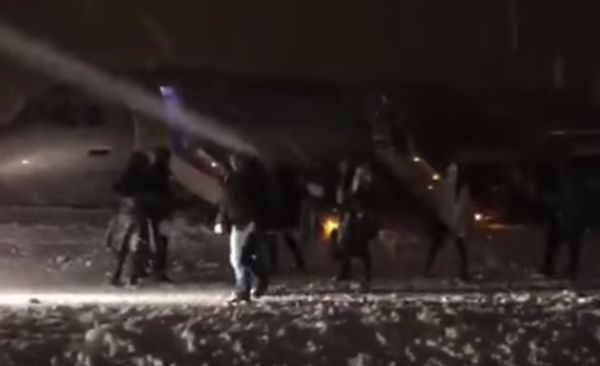 Military vehicles of coastal defence troops of the Russian Baltic fleet came to the rescue to remove the aircraft from the runway, Regnum reports with reference to the press service of the Baltic Fleet.

Four heavy Ural military vehicles and one tracked armoured vehicle took part in the operation to tow the damaged Airbus A321 plane from the runway.

Aeroflot's Airbus A321, arriving from Moscow, skidded off the runway when landing at the airport of Kaliningrad.

There were 167 passengers on board. Three of them requested medical help, however, no one suffered any serious injuries as a result of the hard landing. The front landing gear of the aircraft was damaged. Most likely, the accident happened because of unfavourable weather conditions, officials said.