The Russians, who are currently in Great Britain, have been warned of possible attacks by so-called killer clowns. Criminals in corresponding clothes frighten passers-by in the British streets and threaten them with various dangerous subjects such as a chainsaw for instance. 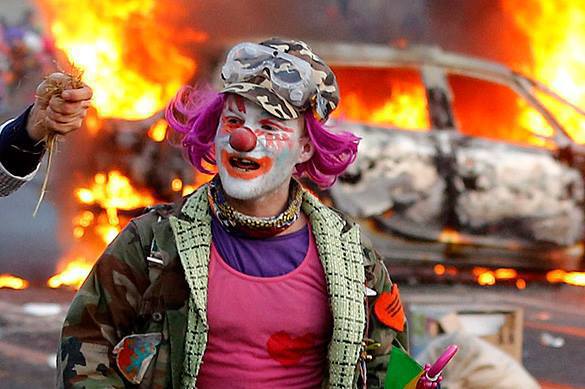 The British police have recently faced a number of tricks of those dressed as clowns in the campus of Brunel University London, among whom a criminal was noticed, who was chasing people with a chainsaw. Official representative of the London police admitted that the law-enforcement bodies were investigating several alike incidents.

As Pravda.Ru reported, before that police of the French city of Agde had arrested armed teenagers who had been walking down the streets dressed as clowns and threatened passers-by with weapons.

A strange flash mob has been started in the US. People with clown-like make-up were wandering at night in several regions of California and imitated horror films characters. They then posted photos in social networks. However, locals used to complain that one of the participants carried an axe, another chased a group of teenagers. The police was in dismay as there is not a law which would regulate such events.