The video showing the explosion of Falcon 9 rocket has appeared on YouTube (posted by US Launch Report agency). The Falcon 9 launch vehicle with an Israeli satellite on board exploded at Cape Canaveral during fueling. The explosion occurred on September 1 on the launch pad in Florida. 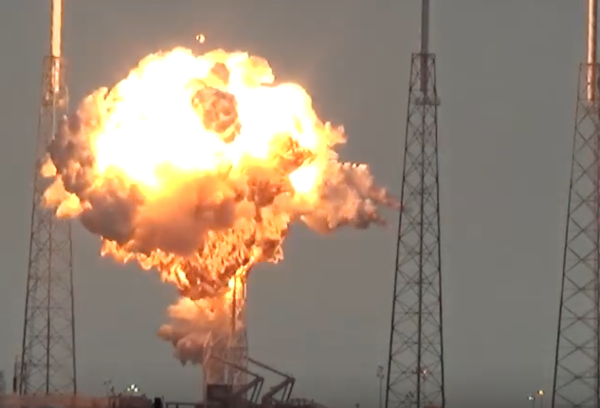 The five-minute video shows the rocket emitting smoke. A powerful explosion occurs, sending a pillar of black smoke into the sky, and a new series of explosions follows afterwards. The entire launch pad turns into a giant fireball.

According to witnesses, the blast wave from the explosion could be felt in the homes located within a few kilometers from the launch pad. No one was hurt as a result of the incident. Elon Musk, the head of SpaceX, said that the rocket exploded during fueling.

Falcon 9 was scheduled for launch on September 3. The booster rocket was supposed to take into orbit an Israeli communications satellite by Spacecom Ltd. The spacecraft was worth $200 million, RBC reports. Facebook was intended to use the Israeli satellite as part of its project Internet.org, to provide Internet access in a number of African countries.