Videos and photos of the detention of Turkish high-ranking military rebels have appeared on the Internet. One of the detainees is former head of the Turkish Air Force Akin Ozturk. 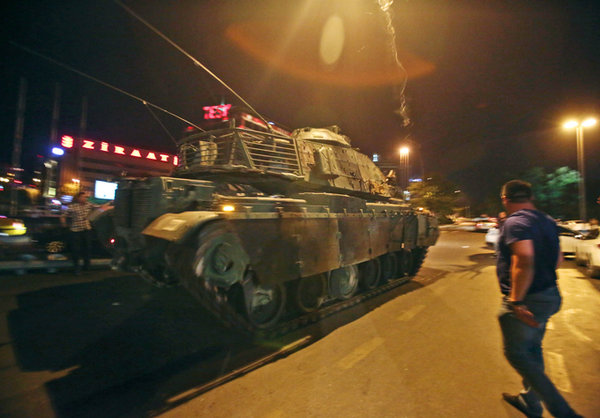 Many of the detainees were seriously injured during the arrest. The footage shows the generals lining up in a row. Former Air Force Commander Turkey Akin Ozturk is seen standing in the forced row with a bandage on his ear.

According to the Turkish authorities, Ozturk was acting in collusion with Chief of the General Staff of the Armed Forces and the Commander of the Second Army, Hulisi Akar.

On July 18, 14 army generals were arrested in Turkey on suspicion of their involvement in the military coup. The chief of the operations of the General Staff Eyup Yyulash, was among the detainees.

Many of the detainees face death penalty. Turkey's Constitutional Council will consider the introduction of death penalty in the country in the near future.

During the failed coup in Turkey, about 300 people were killed and over 1,500 were injured.

Author`s name: Editorial Team
12:53
Kremlin declared the United States hostile to Russia
21:11
Ukraine blows up ammonium nitrate to accuse Russia of chemical attack
17:46
Ukraine can skip Membership Action Plan on its way to NATO
17:34
Azovstal militants reveal how many days they can hold out
16:47
Russia and Ukraine reach agreement to evacuate wounded from Azovstal
16:12
Expert says why Kyiv was interested in nuclear weapon before Russian operation started
15:33
Putin at CSTO summit: Russia does not have any issues with Sweden or Finland
14:47
Renault Russia to start producing Moskvich cars
13:27
McDonald's decides to leave the Russian market completely, but then comes back
13:18
Bilateral trade between Russia and Finland collapses
World
Chechnya thanks the West for the weapons supplied to Ukraine